This is a guest post from Go iLawn user and landscape designer David Marciniak.

I have a quote from marketing wizard Gary Vaynerchuk on the wall right behind my computer monitor: “Speed is the game. If you can’t execute fast, you can’t WIN.” As a busy landscape designer in the competitive DC metro market, I’m looking for any tool I can find that’ll help me execute faster. Go iLawn lets me do that in a couple of different ways.

One of the first things I ask for when a client signs a design proposal (after the deposit, of course) is a copy of their survey plat. This allows me to accurately locate the house and driveway on the lot. Most folks have a survey plat, but occasionally you run across someone who doesn’t.

If they don’t, I pull up their address in Go iLawn and bring the image into AutoCAD and scale it to size. It’s not quite as accurate as a legal, stamped survey and it won’t let me pull a permit, but it gets me close enough to get through the design process. 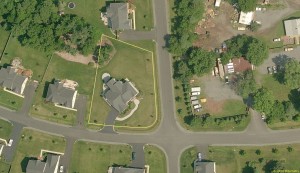 Another great use for Go iLawn is speeding up the site analysis (measuring) phase of the design. I did a project several years ago where we were redesigning a planting bed between the front walk and the house. The walk wasn’t really well done and it had some sharp curves, some flat spots in the curves, and generally didn’t lend itself to an intuitive way to measure it.

The best, most accurate way to measure the walk and get it into the plan drawing would have been to establish a grid of string lines at equal spacings along the front of the house and locate various points along the grid. The home had established plantings, so that would also have involved lots of crawling under and through bushes. It probably would’ve taken me at least 30 minutes just to measure the walk.

Well, the walk was staying and planting designs have some inherent flexibility, so I was ok with being 95% accurate instead of 100%. I downloaded the imagery from Go iLawn, brought the picture into AutoCAD, scaled it, and simply traced the curves of the walk. I used a few site dimensions to verify width and the distance from the house at a few points, and we ended up just about dead on. I estimate that using Go iLawn for this saved me a good 20-25 minutes of time in the field, plus the time to laboriously plot all those points on the drawing. 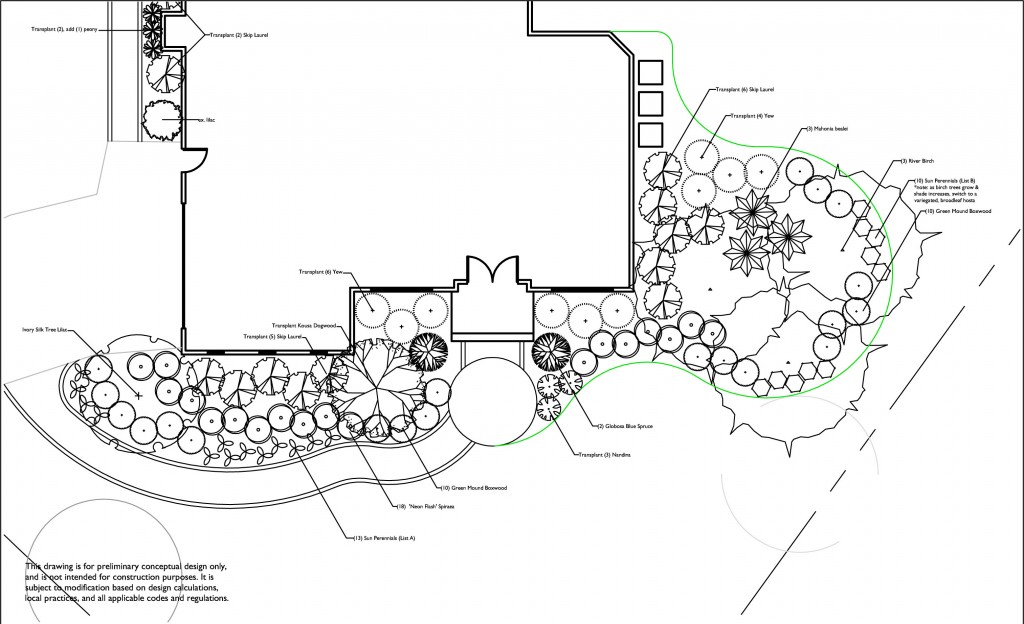 David created this landscape plan with AutoCAD after pulling an aerial photo and some scaled measurements from Go iLawn.

As a landscape designer, I’m most profitable if I’m billing for all the hours I put into a client project, but I also have to be competitive in my pricing. Tools like Go iLawn help me streamline the process and get more done, faster.

David Marciniak is the owner of Revolutionary Gardens, a landscape design firm serving northern Virginia, Washington D.C., and areas of Maryland. He’s been in the landscape and construction industries for over 15 years.

Best Practices: How to Locate Properties in Go iLawn & Go iPave with Latitude and Longitude 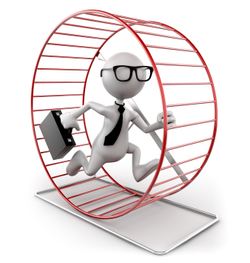